In Marvel Studios’ action-packed spy thriller “Black Widow,” Natasha Romanoff aka Black Widow confronts the darker parts of her ledger when a dangerous conspiracy with ties to her past arises. Pursued by a force that will stop at nothing to bring her down, Natasha must deal with her history as a spy and the broken relationships left in her wake long before she became an Avenger. Scarlett Johansson reprises her role as Natasha/Black Widow, Florence Pugh stars as Yelena, David Harbour portrays Alexei/The Red Guardian, and Rachel Weisz is Melina. Directed by Cate Shortland and produced by Kevin Feige, “Black Widow”—the first film in Phase Four of the Marvel Cinematic Universe— will launch in theaters on July 7th 2021 and on Disney+ with Premier Access on Disney+ on July 9th 2021.

Join fan favorites Dwayne Johnson and Emily Blunt for the adventure of a lifetime on Disney’s “Jungle Cruise,” a rollicking thrill-ride down the Amazon with wisecracking skipper Frank Wolff and intrepid researcher Dr. Lily Houghton. Lily travels from London, England to the Amazon jungle and enlists Frank’s questionable services to guide her downriver on La Quila—his ramshackle-but-charming boat. Lily is determined to uncover an ancient tree with unparalleled healing abilities—possessing the power to change the future of medicine. Thrust on this epic quest together, the unlikely duo encounters innumerable dangers and supernatural forces, all lurking in the deceptive beauty of the lush rainforest. But as the secrets of the lost tree unfold, the stakes reach even higher for Lily and Frank

and their fate—and mankind’s—hangs in the balance.

In Twentieth Century Studios’ epic adventure-comedy “Free Guy,” a bank teller who discovers he is actually a background player in an open-world video game, decides to become the hero of his own story…one he rewrites himself. Now in a world where there are no limits, he is determined to be the guy who saves his world his way…before it is too late. Starring Ryan Reynolds, Jodie Comer, Lil Rel Howery, Joe Keery, Utkarsh Ambudkar and Taika Waititi, “Free Guy” is directed by Shawn Levy from ascreenplay by Matt Lieberman and Zak Penn and a story by Lieberman. The film is produced by Ryan Reynolds, p.g.a., Shawn Levy, p.g.a., Sarah Schechter, Greg Berlanti and Adam Kolbrenner with Mary McLaglen, Josh McLaglen, George Dewey, Dan Levine and Michael Riley McGrath serving as executive producers.

From director David Bruckner comes THE NIGHT HOUSE. Reeling from the unexpected death of her husband, Beth (Rebecca Hall) is left alone in the lakeside home he built for her. She tries as best she can to keep it together – but then nightmares come. Disturbing visions of a presence in the house calling to her, beckoning her with a ghostly allure. Against the advice of her friends, she begins digging into her husband’s belongings, yearning for answers. What she finds are secrets both strange and disturbing – a mystery she’s determined to unravel. THE NIGHT HOUSE stars Rebecca Hall (HOLMES & WATSON, CHRISTINE), Sarah Goldberg (Barry, Elementary), Vondie Curtis Hall (DIE HARD 2, EVE’S BAYOU), Evan Jonigkeit (Togetherish, Sweetbitter), and Stacy Martin (VOX LUX, NYMPHOMANIAC).

directed by David Bruckner (THE RITUAL) from a

and Music by Ben Lovett.

Marvel Studios’ “Shang-Chi and The Legend of The Ten Rings” stars Simu Liu as Shang-Chi, who must confront the past he thought he left behind when he is drawn into the web of the mysterious Ten Rings organization. The film also stars Tony Leung as Wenwu, Awkwafina as Shang-Chi’s friend Katy and Michelle Yeoh as Jiang Nan, as well as Fala Chen, Meng’er Zhang, Florian Munteanu and Ronny Chieng.

“Shang-Chi and The Legend of The Ten Rings” is directed by Destin Daniel Cretton and produced by Kevin Feige and Jonathan Schwartz, with Louis D’Esposito, Victoria Alonso and Charles Newirth serving as executive producers. David Callaham & Destin Daniel Cretton & Andrew Lanham wrote the screenplay for the film, which opens in theaters on September 1st 2021. 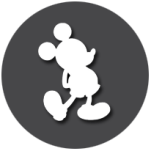